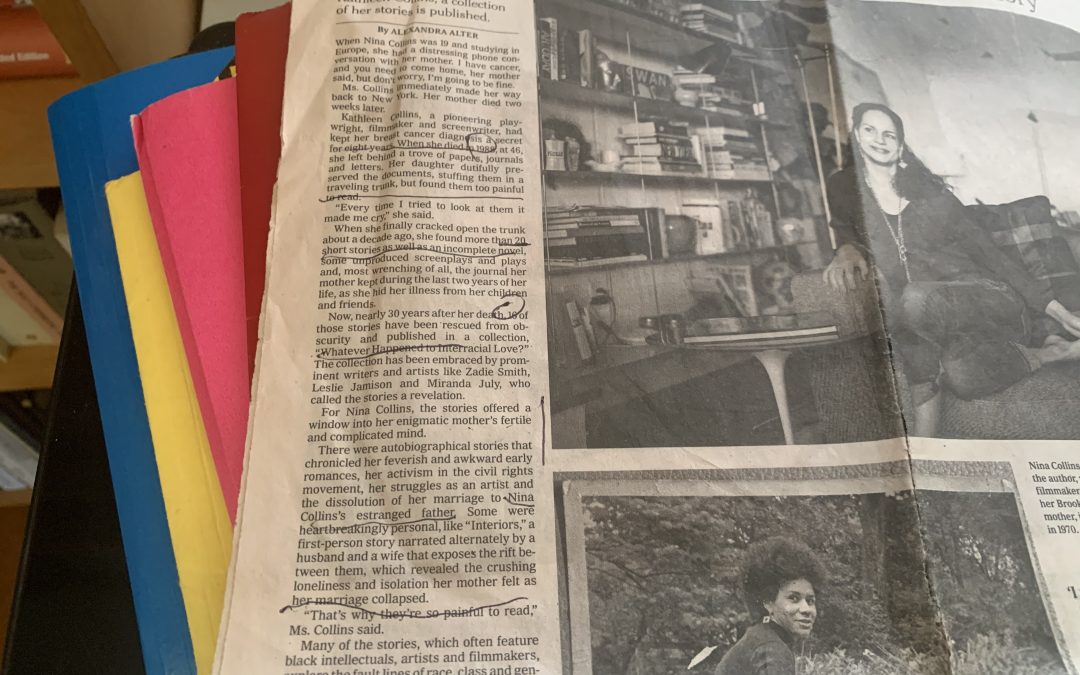 I met Ethelbert Miller at ShareSpace – a co-working experiment housed inside Mulebone four years ago. The upscale restaurant concept drew from the life and legacy of Zora Neale Hurston. As an offshoot of the wildly popular Busboys and Poets franchise it further accelerated a revival of DC’s historic U Street corridor while celebrating another hero of the Harlem Renaissance.

ShareSpace drew an eclectic mix of artists, activists, entrepreneurs and creative people seeking community, connections or a just a change of scenery as they plotted out their next moves. It was a phenomenon that proved one of my long-held theories in social economy. Some businesses need to exist regardless of the numbers…but, that is a musing for another day.

“Do you know Kathleen Collins? The writer.” He asked. “You look like her.”

“I don’t think so…but, I do write.” I replied. “Ethelbert Miller.” He extended his hand.

“Ah…You teach at Howard. Ta-Nehisi Coates encouraged me to look you up when we met a few years ago. He credited you with his writing career.” I took his hand. “I’m Gayle.”

By that point in my life, synchronicities like these no longer surprised me. I trusted the purpose behind our auspicious meeting would be revealed in its own time. Two weeks later, I ran into him again.

“Take this.” He handed me a folded page from the style section of the Washington Post that he pulled out of his briefcase. It had freshly drawn markings beside two picture of women wearing Mona Lisa smiles. “I was just reading about Kathleen Collins. This article is for you.”

“Thank you.” I took the paper from him noting the resemblance he mentioned, but it was her story that drew me in. Kathleen Collins was touted as a brilliant writer and filmmaker who succumbed to breast cancer at the age of 46. No one knew she was dying.

Despite her beauty, intellect and considerable talent, she was not spared the perils of the inner landscape. None of us are. Her departure relieved the deep despair that kept her from publishing the bulk of her work. Somehow, I understood.

Collins left behind enough writings in various genre to create two posthumous publications. Thirty years after her passing we can glimpse the depth of her insight and the acclaim she may have enjoyed had this contemporary of Toni Morrison been resilient enough to fully articulate her evolving perspective in her lifetime. Love unrequited, unwritten and unspoken sentiments, songs and canvasses and dances left undone weave painful voids into the fabric of our lives, no matter the reason.

I wept for Kathleen Collins, for her daughter, whose willingness to face the most tender aspects of her life delivered the recognition her mother’s work always deserved; and, for myself and the projects I was accumulating behind years of prioritizing the temporal. The opportunity I still have to cultivate these aspects of my life every day is not lost on me. Making the commitment to do so has been one of the most liberating things I have ever done.

Our third meeting was on purpose. I thanked Ethelbert for introducing Kathleen Collins to my world and shared how deeply her story had inspired me to vigilance about cultivating my own. We each have the opportunity to control the narrative of our lives and tell the story we know. So now tell me, what are you doing with yours? 👇